Randhir Kapoor is an Indian film actor, producer, and director by profession. He was born to the famous Kapoor family on February 15th of the year 1947 at Chembur, Bombay, India. He is the grandson of Prithvi Raj Kapoor and son of the famous Indian actor Raj Kapoor.

Randhir Kapoor was introduced to the world of cinematography at an early age. However, he debuted with a major role in the romantic Drama “Kal Aaj Aur Kal” which was released in the year 1971. It was the movies like “Jeet”, “Raampur Ka Lakshman”, “Jawani Diwani”, “Hamrahi”, “Haat Ki Safai”, “Lafange” that established Randhir Kapoor in the world of Indian movie industry. “Henna” and “Housefull” are one of the best movies that he directed which also proved to be a commercial hit that gained him a lot popularity.

Caption: Randhir Kapoor in one of his movies.

During his career he faced many ups and downs. After his initial success during the 70’s the actor subsequently faced drought in his acting career and opted to work as an producer. “Ram Teri Ganga Maili” is one of his produced films that was a super hit. Movies like “Prem Granth” and “Aa Ab Laut Chalen” are among his produced movies. Even though he was making a good amount money producing the movies, he made his comeback in acting in the year 1999 with the movie “Mother” which subsequently followed with other movies like “Armaan” and “Housefull”. Throughout his career he has been able to win hearts of millions of fans as has been able to accumulate some awards too. 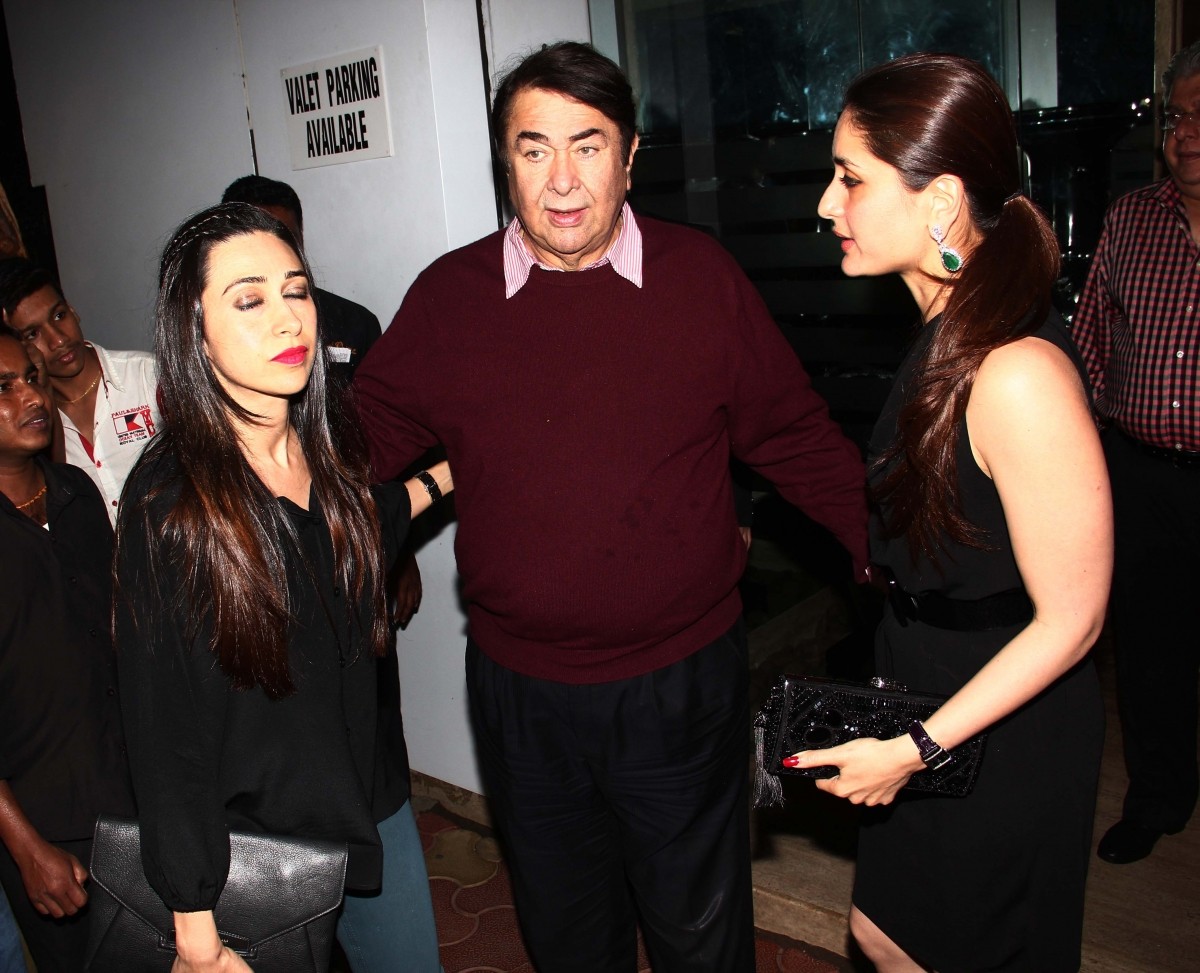 Randhir Kapoor was married to the actress Babita Shivadasani back in the year 1971. Even though they have reconciled now they were once living separately from the year 1998 to 2007. The couple have two daughters Kareena and Karishma who are one of the famous names in the Kapoor family.

Randhir Kapoor in one of the most celebrated names in Indian movie industry. With his dedication is his career he has been able to accumulate an estimated net worth of $30 million and is living a luxurious life as for now.