Abhishek Bachchan is an actor, producer, playback singer and is also a television host from Bollywood. He was born to parents Amitabh Bachchan and Jaya Bachchan on 5th February 1976 in Mumbai, India. He also has a sibling sister who goes by the name Shweta Bachchan-Nanda and she is married to Nikhil Nanda. Abhishek Bachchan is married to the famous Bollywood actress Aishwarya Rai and the couple has a daughter Aradhya Bachchan.

Abhishek was brought up in the Bachchan family where his parents were both involved in Bollywood industry. Growing up he was passionate about acting and started his career in acting when he was 24 years of age through the movie “Refugee” which was released in the year 2000. Even though the movie wasn’t a big success at the box office it helped him gain appreciation from the critics. During his initial stage like most of the actors in Bollywood,  his movies weren’t successful but with the movie “Dhoom” (2004) which was extremely successful, he got huge exposure and started giving hit movies thereafter. Some of his successful movies are “Bunty Aur Babli”, “Dus”, “Bluffmaster”, “Dhoom 2”, “Guru”, “Sarkar Raj”, “Dostana”, “Bol Bachchan”, “Housefull” and so on. Through his successful career in Bollywood Industry Abhishek has been able to accumulate a number of awards. He has also given his voices in many songs including one in his movie “Bluffmaster”.

Apart from his acting career, he has produced movies like “Paa” (2009) which was extremely successful. He is also the one to bring Pro Kabbadi League franchise team Jaipur Pink Panthers and has also involved in Indian Super league as he co-bought the Chennaiyin  FC. Both of his sports ventures were successful as Jaipur Pink Panthers won the first championship game back in the year 2014 and Chennaiyin FC won the Indian Super League back in the year 2015. 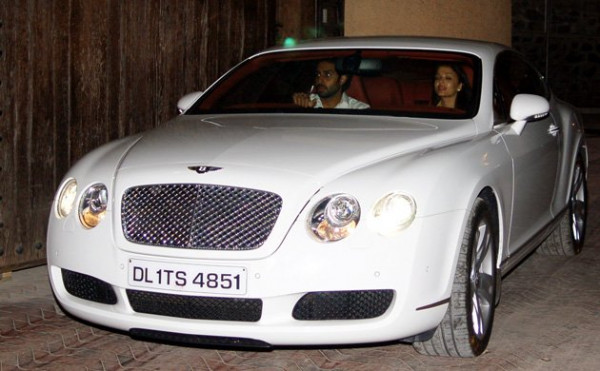 Abhishek Bachchan through his career in acting and product endorsement has been able to accumulate a cool net worth of $30 million. He is certainly one of the famous actors in Bollywood and through his hard work, he is living an extremely luxurious life along with his family.

Abhishek Bachchan has also got quite an interest in luxurious cars as he owns cars like Bentley Continental GT and Rolls Royce. Apart from his interest in four wheels the actor also like riding bikes and has a Harley Davidson parked in his garage to his disposal.

click here to read more about his relationship with wife Aishwarya.